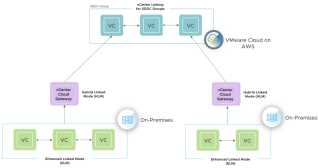 Back in September, the VMware Transit Connect (vTGW) on VMware Cloud on AWS (VMConAWS) feature was released and provides users a simplified way of connecting AWS VPCs, AWS Direct Connect Gateways and customer on-premises datacenter from a networking connectivity standpoint. As part of this feature, a new logical construct called an SDDC Group was created […]