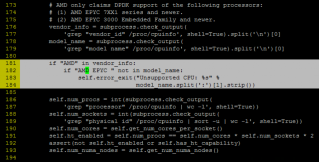 The vast majority of VMware Homelabs is still Intel-based today but I have been seeing a slow rise of AMD-based kits being adopted, especially with AMD’s desktop line of CPUs known as Ryzen. One of the considerations on whether you could use an AMD processor was whether you were planning to […]