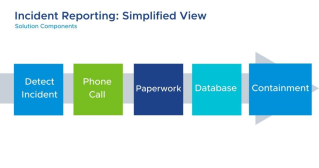 Say the word blockchain and people immediately think of cryptocurrency. Although that’s been the most publicized application of the technology, blockchain debuted nearly two decades before. Originally, blockchain was a way to prevent people from tampering with the timestamps of documents. Since then, it’s been widely accepted that blockchain is fundamentally a coordination mechanism. And […] The post Applying Blockchain to Applications appeared first on VMware Radius.