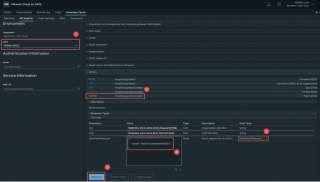 A commonly requested feature in VMware Cloud on AWS (VMC) is the ability to rename an SDDC. Currently, it is not possible to rename an SDDC after it has been deployed. On Friday, an update was made to the VMC Service to introduce a new VMC API (Tech Preview) that will allow customers to rename […]