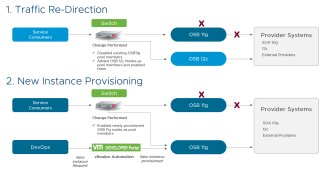 By Laxminarayan Jayabharthi, Senior Director, IT Application Development, VMware Avoiding downtime for business users is our highest priority. So when a catastrophic software failure occurred recently in our dev/test environments, it not only affected a large group of users, it also put a highly visible product feature release in jeopardy. This could have been a The post Rapid Provisioning for Real-time Incident Resolution appeared first on VMware on VMware .