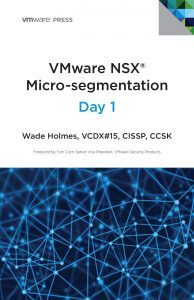 Traditional security solutions are designed to protect the perimeter. As applications and data are becoming increasingly distributed, they are often spanning not only multiple sites, but also multiple clouds. This is making it harder to identify where the perimeter actually is in order to secure it. But even if the perimeter can be reliably identified, The post Micro-segmentation Starter Kit appeared first on Network Virtualization .