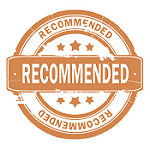 What a crazy week, VMworld. Many announcements by many different vendors and of course a kazillion blog posts. I picked a few which stood out to me and which are worth reading. VMworld VMare Code hackathon to hit Barcelona 2016 by Alan Renouf The US version of the hackathon was a big success, and I expect nothing less […] ” @DuncanYB’s recommended reads part 5 ” originally appeared on Yellow-Bricks.com . Follow me on twitter – @DuncanYB.