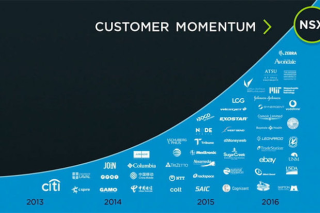 NSX, and its new chief, take center stage at…