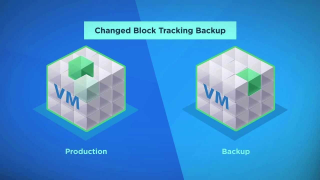 Last week VMware released the ESXi 6.0 Patch 3 for the ESXi hosts. There have been a lot of issues that have been fixed with this patch. You can find more about the issuehere. But the most prominent was the one that had a bug from Express Patch 6 that broke the CBT. If you […] The post ESXi 6.0 Patch 3 fixes CBT issues in Express Patch 6 appeared first on Enterprise Daddy.