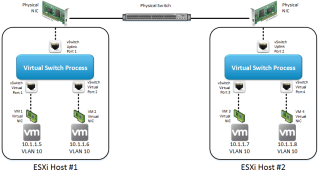 How much latency does NSX add?

A lot of the customers I talk to who are considering virtualizing their network ask what the “overhead” or “performance penalty” is for running NSX. The general answer is “so low that you probably won’t be able to measure it”. For some people, that’s not enough. They want to know an exact figure for, say, the latency added for east-west VM communication when the NSX Distributed Firewall is enabled. Or how much latency is added by using VXLANs instead of native VLANs with the software VTEPs built into NSX? Or what is the latency introduced when I go from a VM on a VXLAN through an Edge Security Gateway to a physical server on a native VLAN?