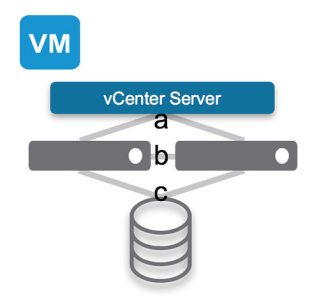 Last week I was talking to one of our developers at our R&D offsite. He has a situation where he saw his VM flip flopping between two hosts when he was testing a certain failure scenario and he wondered why that was. In his case he had a 2 node cluster connected to vCenter Server and a bunch of VMs running on just 1 host.