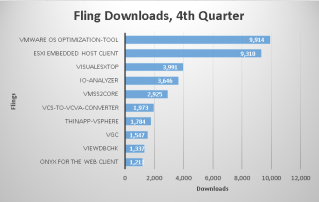 2015 was an exciting year for the Flings program in many ways. First, our developers updated 14 Flings after listening to user feedback. Second, we released 19 new Flings (with two more slated to be released before the end of the year). And third, we set the record for downloaded Flings with 125,001 downloads! We would like to thank the users for providing us with feedback. We know testing experimental tools can be time-consuming, but by sending feedback you enable Fling developers to improve…Read More