#VMware HCIbench Hands On In The Lab 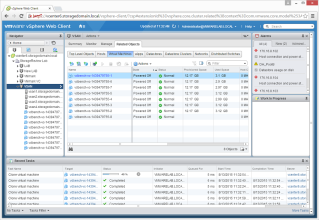 In the Lab: VMware HCIbench Hands On (by…

VMware’s VSAN group recently announced a free storage performance testing tool for Hyperconverged Infrastructure (HCI), the HCI benchmark or HCIbench . While stressing traditional arrays with I/O or bandwidth tests is fairly well understood, applying synthetic tests to HCI gear requires a careful approach and a steep learning curve. With traditional storage infrastructure you setup your I/O generator of choice with a given workload profile, point it to some LUNs and let it rip. Hyperconverged testing requires a large-scale approach where many VMs (often 10-64) simultaneously apply that workload across multiple vDisks, at the same time… not to mention collecting all of that data when the task finishes. This type of approach is…Read More